Afsana logged onto her laptop and opened up Internet Explorer. She went onto Google search and typed in ‘Afsana Nadeer’. After that evening she wanted to see what Google had on her.

She was surprised at what she discovered. She found photos that her friends had uploaded onto various social network sites where she was without headscarf. She found that tweets that she thought were private and Facebook comments that she thought only her friends could read were available for everyone to see because the person’s profiles she commented on was not fully privatised. She found that non-friends saw and liked her photos on Facebook because the photos were shared on other’s profiles.

Afsana wasn’t a very techy person. However, she was very surprised at what she had just discovered. The realisation that nothing online is strictly ‘private’ was kind of a shock to her. She realised how naive she had been in thinking that her photos, status’s, comments, tweets etc online were private to only her and her circle of friends.

She knew now how Amjad managed to see pictures of her without her headscarf on, but not only that, he also would have been able to view most of her online tweets and Facebook conversations on comments threads. The realisation scared her and worried her as to how many other non-family and non-friends had seen her profile, photos, comments etc.

After a moments pause and reflection she went back onto her laptop. She logged into all her social network accounts and deleted and disabled them as she saw fit. She did not wish the world to know anything and everything about her. Although she knew that this probably was not the end of her relationship with social media, she felt comfort knowing that for the time being it was something she wasn’t to worry about.

The next day she contacted all her friends and asked them to remove any photos of her that they had on their various social networking profiles. She didn’t give them a reason, just asked that they respect her wishes. Her friends honoured her request and did as they were asked without asking questions.

A week later Afsana carried out the same excercise that she had done on the night she cancelled all her social networking accounts. She went onto Google and searched ‘Afsana Nadeer’. This time nothing came up from the searches. Other people with the same name appeared in various web pages but there was nothing on her. No photos, no tweets, no comments. She felt happy and at ease knowing that she had accomplished her mission and taken her name off from the world wide web, if not forever, temporarily at least.

The one thing that she had learnt from her interaction with Amjad was that no matter how much you think you presence on the net is private, it’s not! Everything that you write, that you post, that you share, that you ‘like’, that you tweet, that you comment on, all of it is recorded somewhere and someone somewhere can access it.

The fact that people can get prosecuted in court for posting things on social networking sites is enough of a proof that nothing on those sites is private.

Try it yourself, Google yourself and see if you uncover any surprises. 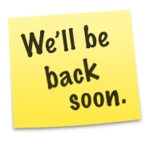 Amjad on the other hand had very different reasons for going ‘offline’. That night after praying at the Masjid he wanted to make a fresh start with his life. He had a lot of non practising and non Muslim friends on his social networks and he spent a lot of time reading and looking at the useless things that people shared. He felt that he needed a break from all of that.

That night after he got back from the Masjid, he did the same thing as what Afsana had done, he logged into all his social networking profiles and disabled them all temporarily. He knew that in this modern age of technology, apps, smartphones etc that he would not be able to stay away completely. But he wanted to make his social network interactions more beneficial and productive. And to do that he needed to take a little step back, get things in context and perspective, and resume from a point where he was in charge and leading the discussions as opposed to just flowing with the tide.

This was now a time to detox spiritually from all the dust and dirt that has muddied the soul. This was, for both Amjad and Afsana, a fresh start …

One thought on “Chapter Ten: Offline” 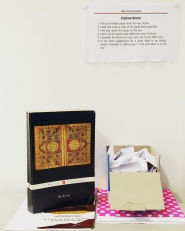