The Hadith of Fudayk: “…And live with your people wherever you like”

The Prophet (peace be upon him) said: “O Fudayk, establish the prayer, avoid bad deeds, and live with your people wherever you like.” [Sahih Ibn Hibban (4861] The narrators of this hadith are all reliable.Explained by Sh. Abdullah Bin Bayyah (may Allah protect him).

Fudayk belonged to a tribe who were all non-Muslims. Fudayk, who had accepted Islam, used to live with them. Fudayk’s people had requested him to live with them and pledged to him that they would not impose upon him in his faith in any way.

Fudayk then went to the Prophet (peace be upon him) and asked about whether he should emigrate, saying: “O Messenger of Allah! There are people claiming that whoever does not emigrate will come to ruin.”To this the Prophet (peace be upon him) replied: “O Fudayk, establish prayer, avoid bad deeds, and live with your people wherever you like.”Ibn Hibbân explains the meaning of the hadîth as follows [Sahîh Ibn Hibbân (11/203)]:

The command to “establish prayer” is a command indicating obligation upon those being addressed under relevant circumstances.The command to “avoid bad deeds” is a command indicating obligation upon all Muslims under all circumstances. They must not perpetrate evil and sinful deeds upon themselves or upon others. This refers to all deeds that Allah is displeased with.

The imperative tense of the verb “live” in the phrase “and live with your people wherever you like” indicates permissibility. What it means is that if a person who shuns bad deeds as we have mentioned, then there is no harm in his living wherever he chooses to live, even if the location is not ideal.Indeed, a Muslim who lives in a non-Muslim country should take the injunctions of this hadîth to heart and live his life accordingly. He should establish prayer. He should avoid fornication, drinking, and all other licentious, sinful deeds.

The first opinion is that a Muslim can live in a non-Muslim country as long as he is free to practice his religion. This is the opinion of the vast majority of jurists. It is the ruling followed by the Hanafî, Shâfi`î, and Hanbalî schools of law.Those who hold this opinion cite the hadîth under discussion as evidence.Another hadîth which is used as evidence for the permissibility of living in non-Muslim countries is where the Prophet (peace be upon him) said: “The countries are Allah’s countries and the people are Allah’s servants, so wherever you find good living atmosphere, then live.” [Musnad Ahmad (1420) – with a weak chain of transmission]

The second opinion is that of the Mâlikî and Zâhirî schools of law – that it is obligatory for a Muslim to emigrate from a non-Muslim country to a Muslim country if he is capable of doing so.They cite hadîth like: “Do not be in sight of each other’s house fires.” [Sunan al-Tiimidhî (1604), Sunan Abî Dâwûd (2645), and Sunan al-Nasâ’î (4780)] There is disagreement about the authenticity of this hadîth as well as about its meaning.

The third opinion is quite the opposite of the second. Al-Mâwardî and many other Shâfi`î scholars hold the view that if a Muslim is able to practice his religion freely in a non-Muslim country, then he should not leave. They argue that it is his duty to remain in that country, because if he leaves, then the country will be devoid of a Muslim presence.

Conclusions: What all this amounts to is that there is flexibility in the matter. If a Muslim feels the need to live in a Muslim country where he can practice his religion with greater freedom and comfort, then it is a good thing for him to do so if he gets the opportunity. However, if he finds it better for him to stay where he is, then he is free to do so. As long as he is free to practice his faith, then he may stay in his country. We might add another consideration that he must take into account: He should be able to raise his children as Muslims.

Courtesy of The Translators 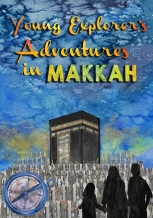 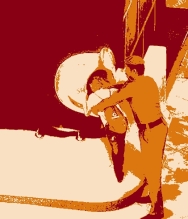 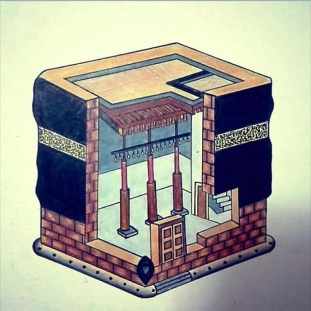 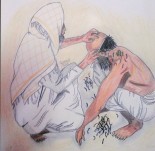