ABU HANIFA Nu’man ibn Thabit (d. 150/767) is a towering figure in the early history of Islamic Law. He was among the first to deploy the recognized methods of legal reasoning consistently, and to gather the legal dicta of his time into a systematic corpus. The understanding of Islam as law (fiqh) that evolved from his style of reasoning was favoured by the ruling dynasties of the three most extensive, populous, and enduring of the Muslim empires – the ‘Abbasids, Ottomans, and Mughals – who enforced it consistently, though never exclusively, in their dominions. The Hanafi Madhhab (doctrine or school) has remained ever since the one most widely followed among the world’s Muslims. END_OF_DOCUMENT_TOKEN_TO_BE_REPLACED

Medieval historian AL-TABARI (c.828-923 CE) was a brilliant scholar of ‘Abbasid Baghdad who wrote extensively in all fields of the Islamic science of his day: historiography, scriptural interpretation and jurisprudence. His massive “History of the Messengers and Kings” is the primary source for the information that we have about Sasanian Persia and the first three centuries of Islam. As well as being a historical record of outstanding importance, it is also of the greatest interest for what it says about the principles of good Islamic governance. END_OF_DOCUMENT_TOKEN_TO_BE_REPLACED

When he died in February 1449, IBN HAJAR (1372-1449) ended a life of surprising contradictions. Six days short of his 78th birthday, his body was laid to rest in the tomb of his ancestors; and the lavish funeral of this orphaned son of a cloth merchant was attended by over 50,000 people, including religious leaders, military and government officials and even the Sultan of the Mamluk Empire. Who was the boy who rose from obscurity to become one of Egypt’s most celebrated thinkers and prolific scholars of hadith, and who for 25 years as Shafi’i judge occupied the most powerful judicial position in the Empire? END_OF_DOCUMENT_TOKEN_TO_BE_REPLACED

BUKHARI (d. 256/869) is famed throughout the Islamic world as the greatest practitioner in the field of hadith —textual reports of what the Prophet said, did or approved. Bukhari’s magnum opus, the Sahih, is, after the Qur’an, the most widely revered book in Islam. It is a compilation of the soundest of sound hadiths. The Prophet’s way (Sunna) is understood by Muslims as embodying both the ideal and practical reality of what the Qur’an enjoins. Accordingly, much of the edifice of rules and norms of the Islamic way of life is constructed around the hadith. END_OF_DOCUMENT_TOKEN_TO_BE_REPLACED 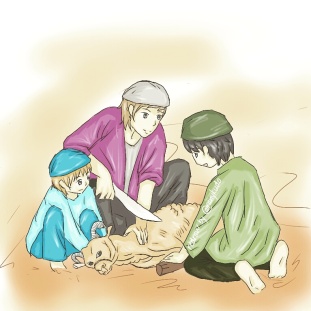