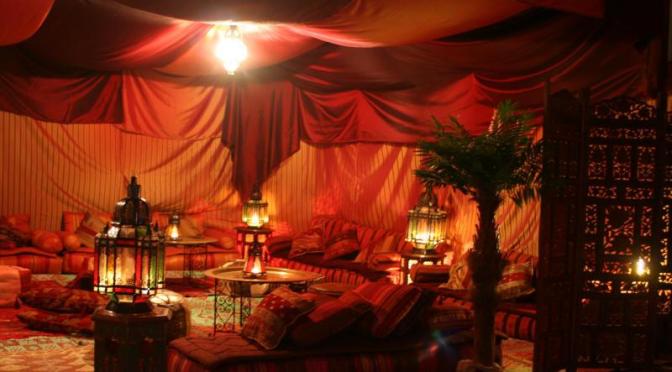 The Moroccan Cafe was a small cosy eatery ran by a local Moroccan family. It has been a local landmark since 1987 when the owner, Mr Mohammad, set it up after his arrival in the UK from Morocco as an asylum seeker. 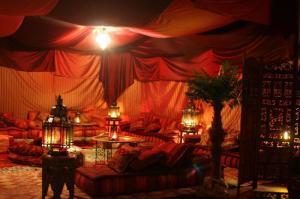 There was an upper floor where the main area of the Cafe was situated with a kitchen to the very rear of the room. There was seating for approximately 20 people with Moroccan style sofas and tables dotted around the room. At the back, just before you get to the kitchen was a set of stairs leading to a basement. From upstairs it would appear that this was just a storage area, however, as you walked down the steps there was a curtained doorway leading to a dimly lit room with curtains, rugs, floor sofas, cushions and other Mediterranean decor. This room was only available for private hire and it was this room that Mr Ahmed had booked for the meeting of the two families.

Amjad and his family had already arrived and taken their seats in one corner of the room that was seperated by a curtain so that onlookers could not see within. They sat on the floor with their legs crossed sipping on some Moroccan mint tea and sweets courtesy of Mr Muhammad whilst awaiting the arrival of the bride’s family.

Amjad, despite his previous confidence, began to feel a little nervous and uneasy. Maybe it had something to do with being in a dimly lit room sitting on the floor that made him a little uncomfortable, he couldn’t tell. He just wanted everyone to get here so that the meeting could begin.

The Lexus RX in which Afsana was travelling in parked up on a road adjacent to Tooting High St. The tinted black Lexus belonged to Afsana’s dad who was driving. Mr Nadeer had a passion for luxury cars and bought the Lexus a year or so ago having previously owned a BMW. The family got out of the car and walked towards the cafe on the high street. Mrs Nadeer phoned her cousin to tell him they are on their way and asked him to meet them at the door.

Afsana stared up the High Street as they approached the cafe entrance. Strangely the High Street with which she was so familiar suddenly seemed like a totally different place today. The buildings on either side seemed to be arching over her as if staring down at her from above. The people as they walked by looked as if they were all staring at her as they passed. The sound of the cars and buses on the road seemed to have become amplified so much so that she could barely hear her parents calling her to come into the cafe.

“Asslamu ‘Alaikum, sorry uncle I was miles away” said Afsana to Mr Ahmed as she rushed in the door. “It’s ok my dear. Come, follow me downstairs where you can settle down and enjoy some drinks while me and your parents have a quick chat.”

“What would you like to drink my dears” asked Mr Ahmed after the girls and her brother had seated. “I’ll have a coke” said the boy. “I’ll have an orange juice please uncle” said Afsana. “I’ll have the same as her” said her sister. Mr Ahmed then walked away with Afsana’s parents and a short while later a waiter came down with the drinks.

“I will introduce you to the groom’s parents first and then both the families can get together in the middle area after which we will leave the kids behind to chatter amongst themselves as they may be shy in front of the parents”. Mr Ahmed introduced the plan of action to Afsana’s mum and dad who agreed that this was the best formality.

Mr Ahmed then took Afsana’s parents into the middle partition and brought in Amjad’s parents so that they could meet and greet each other. The children on either side of the partition could hear the parents talking asking each other about where they live, what they do, how big are their houses, who works where etc. A short while later Mr Ahmad walked in and said that they would open up the partitions to bring the families together. Afsana’s heart took a leap and started beating fast. She was nervous and shy. Amjad felt a little nervious too and wanted to get the whole thing out of the way as there was football match on that evening and he didn’t want to miss it.

The waiter came out and took away the removable partitions and as he drew the curtains in Amjad’s eyes immediately fell upon Afsana. Their eyes met for a split second until Afsana looked down. Mr Ahmad asked the children to move closer so that they were now sitting in a semi circle on either side facing each other with a floor level table in the middle for refreshments.

Afsana’s eyes were down whilst Amjad’s eyes wondered up and down occasionally to get a glimpse of the bride and her family. Mr Ahmed kicked off the conversation by introducing everyone starting with Afsana’s family.

“Assalamu ‘Alaikum everyone. It’s good to see you all. I think it would be good if, first of all, I introduced you to one another. To my right are Mr and Mrs Nadeer, the bride’s parents and my cousin sister and brother in-law.” Mr and Mrs Nadeer nodded and smiled at the other side. “Then you have Afsana, the bride, sitting next to her mum. Next to Afsana is her younger sister Amira and beside her is her brother Navid”. Again they all nodded in acknowledgment of their name and smiled at the other party except for Afsana who remained with her head facing down, smiling none the less.

“To my left” Mr Ahmed continued “are my good friends Mr and Mrs Mahbub, their daughter Samira and the groom Amjad.” Again the family smiled and acknowledged the other party as their names were called.

“Now shall we get some more drinks and refreshments in before we start talking?” asked Mr Ahmed as he indicated to the waiter to come and take some orders. He asked everyone to pick a drink and asked the waiter to bring a mixed assortment of samosas, pastries and Moroccan sweets for the families to enjoy. 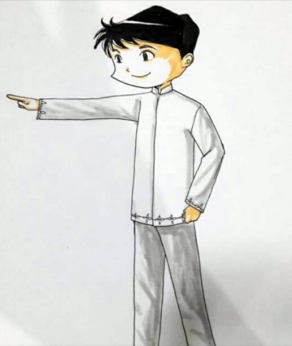 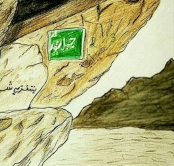