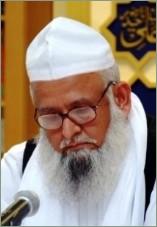 Shaykh Muhammad Imdad Hussain Pirzada, born in 1946 in Jhang, Pakistan, is a graduate of DMG Bhera and the University of the Punjab (Pakistan). His qualifications include Adib, ‘Alim and Fadil ‘Arabi, BA (English), MA (Islamic Studies), MA (Arabic) and MOL.

Inspired by his teacher, mentor and spiritual guide, the late Diya’ al-Ummat, Justice Shaykh Muhammad Karam Shah al-Azhari (Allah be pleased with him), he founded the educational establishment, Jamia Al-Karam, in 1985 and the Al-Karam Secondary School in 1995. At present he is also Chairman of Muslim Charity; helping the needy worldwide, Executive Director of Al-Karam Trust (London), Founder of Al-Karam Publications and Patron of the Al-Karam Scholars Association (AKSA). He is also a Founder Member of the British Muslim Forum and President of the UK Branch of the World Association for Al-Azhar Graduates (WAAG).

He is the author of numerous books relating to various topics – written in a number of different languages including Arabic, Urdu and English. Currently many of his books are being translated into the Indonesian and Norwegian languages.

His works include: Islamic way of Worship, Islam; the complete way of life, Islamic Beliefs, The beautiful life of Muhammad, Imdad-us-Sarf (Etymology), Imdad-un-Nahv (Syntax), Imdad al-Fiqh fi’l-Ibadat, Guldasta Aqa’id and Muslims in a Multicultural Society. He has recently completed writing Tafseer Imdad-ul-Karam; a modern exegesis of the Qur’an and the first to be written in the west. At present he is writing a commentary on the hadith collection, Sahih al-Bukhari. A full listing of his works are available at www.alkarampublications.com

His recent publications include: Reality of the Film ‘Innocence of Muslims’ and Challenges of the Twenty First Century; Reflections, a quest for answers to today’s questions; Human Rights, in light of the Qur’an and Sunna; The Ideal Mother; In light of the Qur’an, Sunna and Tradition. He continuously writes articles on contemporary issues affecting the Muslims, nationally and internationally, that regularly appear in newspapers and journals.

Shaykh Muhammad Imdad Hussain Pirzada is a shaykh in the Chishti Nizami Sufi Order given ijaza by his shaykh, spiritual mentor and teacher, Diya’ al-Ummat, Justice Shaykh Muhammad Karam Shah al-Azhari (ra). He was also granted ijaza in the Qadiri Sufi Order and was awarded with the direct ijaza in the Chishti Sufi Order coming from the astana of Shaykh Mu’in ad-Din of Ajmayr. He has also been given the ijaza of narrating the prominent Dala’il al-Khayrat of Imam al-Jazuli (ra), a treatise recited in all Sufi orders. Dr. Ahmad ‘Umar Hashim of the Al-Azhar University awarded him with the sanad of hadith narration. Shaykh Muhammad Imdad Hussain Pirzada comes from a very religious and spiritual family. His father, Shaykh Gul Muhammad al-Qadiri, and his elder brother, Shaykh Muhammad Karam Husayn al-Qadiri, were both shuyukh in the Qadiri Sufi Order.

Shaykh Muhammad Imdad Hussain Pirzada has not only continuously served the Muslims in terms of setting up educational establishments in the form of schools and disseminating knowledge in the form of his several literary masterpieces, he has also continuously been preoccupied in serving humanity by providing humanitarian aid to the poor and needy worldwide. The passion of helping the needy led him to establish Muslim Charity; a leading international relief NGO working to alleviate the human suffering around the world. His determination led him personally to travel to Banda Aceh, Indonesia, following the Asian Tsunami where he spent the days of Eid al-Adha helping and providing a shoulder of support to the victims of the disaster and he spent the nights sleeping on the floor of shattered mosques as everything in Banda Aceh was wiped out. He has successfully established a series of Gyne Hospitals and Medical Centres throughout Pakistan and Azad Kashmir. The first Gyne Hospital in Jhang was established in 2005, which went from an idea in his mind to a serving centre of remarkable repute within a short span of twenty months. The success of this hospital led him to begin his second major project, Gyne Hospital Faisalabad, which was completed and opened its doors to the public in 2007.

Following on from the success of these hospitals he established the Muslim Charity Rahmat Khatoon Hospital in Mangani, Pakistan, in 2008; the Muslim Charity Azad Kashmir Hospital in Rawalakot, Kashmir, in 2009 and the Muslim Charity Abdul Latif Tahir Gyne Hospital in Lahore, Pakistan, in 2010. In the aftermath of the tragic Asian earthquake of 2005 he, with the support of Shaykh Muhammad Amin al-Hasanat Shah, travelled to Kashmir and established over one hundred and fifteen steel-structured new homes for the homeless in Kashmir. Sixty of these new homes have were built in one village that has been officially renamed ‘Al-Karam Village’ and was opened by the former president of Kashmir, Sardar Abdul Qayyum.

Despite his success in all these areas of service to humanity, his main aim and focus remains at Jamia Al-Karam of educating the Muslim youth and producing Islamic scholars. At the present moment, over a hundred of his students have graduated from Jamia Al-Karam and are serving the Muslims throughout the country. His Al-Karam Secondary School produces some of the finest GCSE results and has acquired first position in the entire county of Nottinghamshire in the UK on numerous occasions.

In July 2001, he was awarded the al-Dir’ al-Mumtaz (Shield of Excellence) from Al-Azhar University (Egypt) which was presented to him by its Chancellor, Dr Ahmad ‘Umar Hashim, and was also awarded the Zia-ul-Ummat Award of Excellence by Shaykh Muhammad Amin al-Hasanat Shah on behalf of DMG Bhera (Pakistan).

In June 2011, he was awarded the al-Dir’ al-Fakhri (Shield of Honour) from the Al-Azhar University on behalf of the Shaykh of al-Azhar, Prof Dr Ahmad al-Tayyeb, by the Vice Chancellor of Al-Azhar University and Vice Chair of WAAG (The World Association for Al-Azhar Graduates), Shaykh Prof Dr Abdul Fadeel al-Qawsi.

In November 2012, Shaykh Muhammad Imdad Hussain Pirzada was recognised as one of the 500 most influential Muslims in the world as his name was published in the ‘The Muslim 500’ published by The Royal Islamic Strategic Studies Centre based in Amman.

Shaykh Muhammad Imdad Hussain Pirzada remains a modest and humble individual; to whom Allah (most high) has granted much wisdom and knowledge. He is an inspiration and guide to many. May Allah (most high) grant him a long and healthy life and give him more strength to propagate the true message of Islam. Amin. 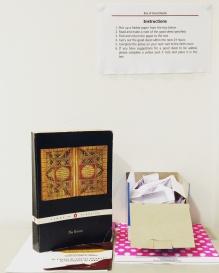