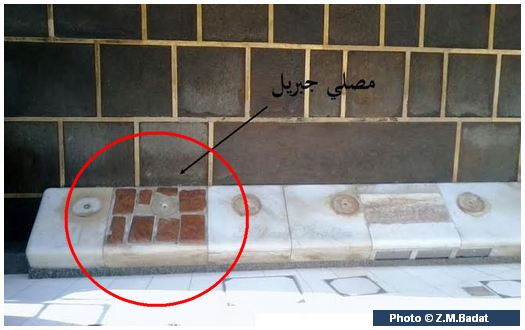 ‘When you have performed the prayer, remember God, standing and sitting and on your sides. Then, when you are reassured, observe the prayer, surely the prayer is for believers a prescription at specific times.’  [Quran 4:103] 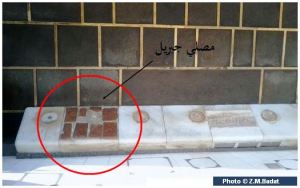 Another line on the picture came out from the bottom right hand side of the door of the Ka’bah, and this was labelled as Musalla Gibril. This area is marked by some brown bricks on the white tiles and is known as the area in which Gibril (peace be upon him) taught the Prophet (peace be upon him) how to perform the five daily prayers that were prescribed during the Mi’raj. 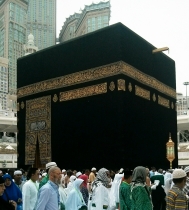 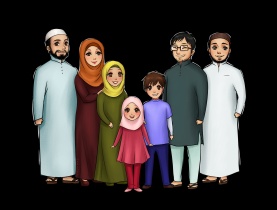 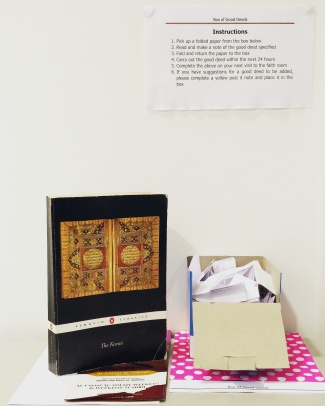 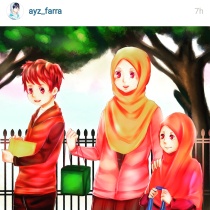 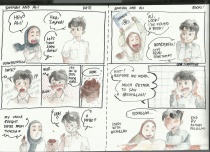 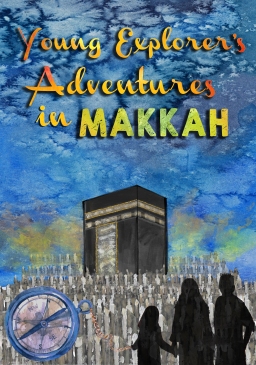 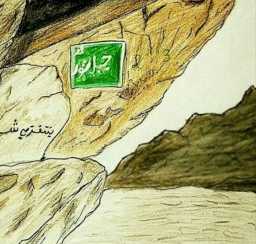 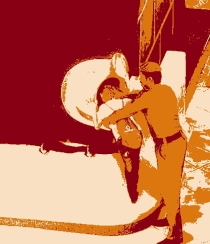 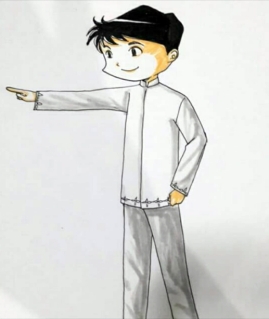 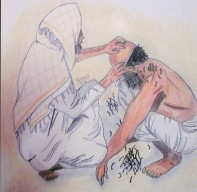 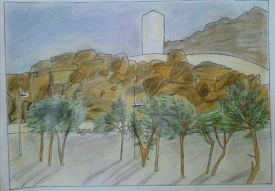 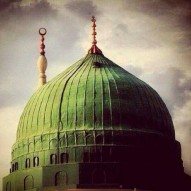 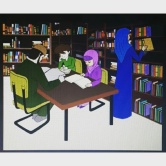 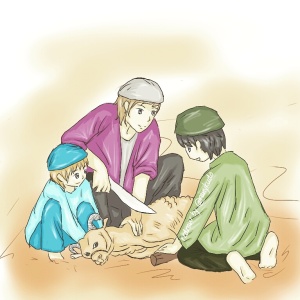